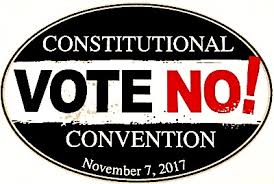 Councilman Mark Cuthbertson supports Vote No! So Should You!

On the November 2017 ballot, New York voters will be asked to decide whether to call a convention to rewrite the New York State Constitution.

A constitutional convention would have far reaching, long-term consequences that threaten many of the benefits and services working New Yorkers depend on and expect — and once they are gone, it could take decades to get them back.

A waste of tax dollars! 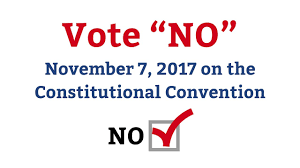