The Town of Huntington will mark the anniversaries of the various branches of the United States Armed Forces when it holds its annual Veterans Day Wreath Ceremony on Sunday, November 8. The ceremony, which will begin at 9 a.m. in Veterans Plaza on the front lawn of Town Hall, 100 Main Street, Huntington, will also include a performance by the Long Island Children’s Choir and the traditional ceremony during which Supervisor Frank P. Petrone and members of the Town Council join representatives from the Town’s Veterans Advisory Board in placing memorial wreaths at each of the monuments in the plaza.

The public is invited to attend. 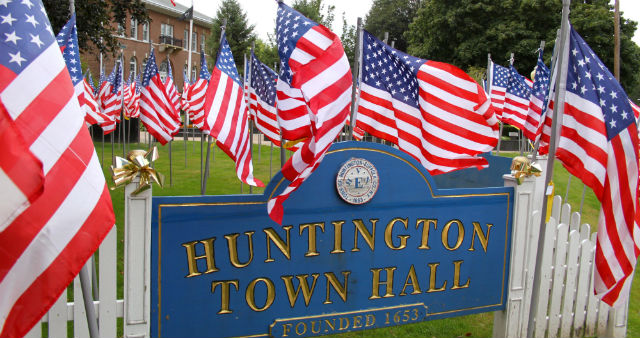