Take a Bow at the 6th Annual Hunting-Tony Awards

Sponsored by Town of Huntington Councilmembers Mark Cuthbertson and Susan A. Berland, and the John W. Engeman Theater of Northport, the Hunting-Tony Awards ceremony featured a pre-show in which student nominees, many of whom wore tuxedos and evening gowns, walked the red carpet. The show began with opening remarks from Councilman Cuthbertson and Councilwoman Berland and featured musical numbers from Cold Spring Harbor High School’s “Jekyll & Hyde” Huntington High School’s “The Little Mermaid” and Harborfields High School’s “Anything Goes.”  To view clips of some of the performances at the event, go to the Town's Facebook page. 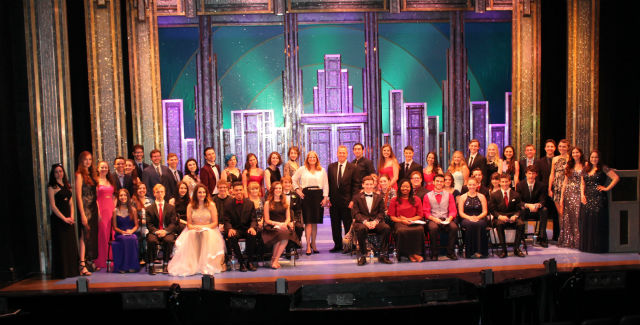