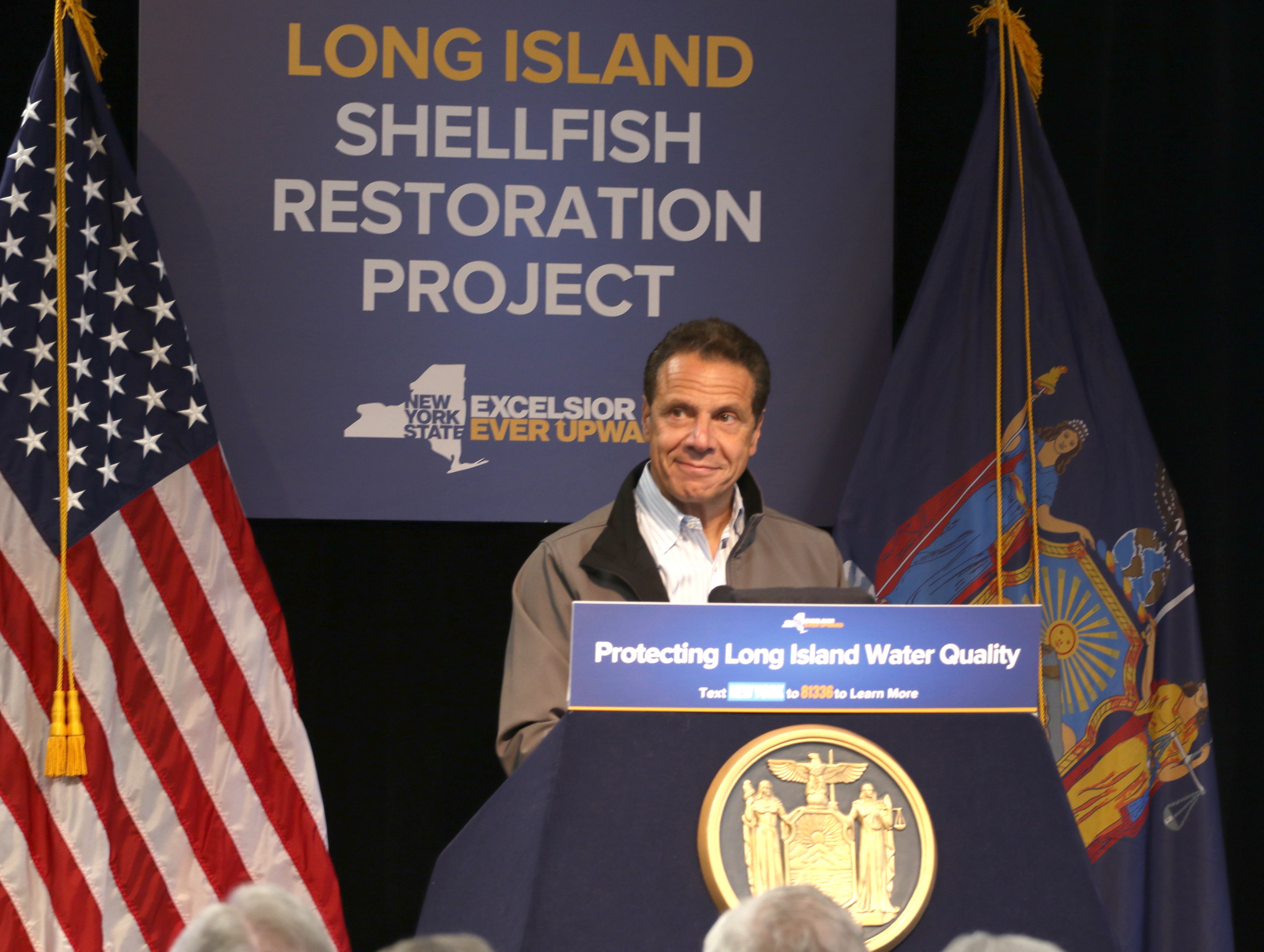 On Wednesday, September 6, Councilman Mark Cuthbertson attended Governor Andrew Cuomo's press conference where he announced a new project that will help protect Long Island's water quality. The project is part of a $10.4 Million dollar investment and will include a five-point restoration plan for ALL of Long Island in partnership Cornell Cooperative Extension and SUNY Stony Brook.

"We were elated to hear Gov. Cuomo's announcement about this environmentally sensitive project - the first of its kind in the United States," stated Councilman Mark Cuthbertson.

This has been a work in progress. In the aftermath of Hurricane Sandy, the Town of Huntington partnered with Cornell Cooperative Extension and FEMA to repair the FLUPSY (Floating Upweller System) in Huntington Harbor that had suffered severe damage during the storm.

"Gov. Cuomo’s announcement further illustrates the commitment our state and local governments have in developing the proper infrastructure to improve our water quality," added Cuthbertson.