I interviewed local legend Bill Ayres of WhyHunger. For those who do not know Bill Ayres, he co-founded WhyHunger with the late singer, Grammy Award-winning songwriter and humanitarian, Harry Chapin.

WhyHunger is a global nonprofit organization co-founded in 1975 by the late singer-songwriter Harry Chapin and present Executive Director Bill Ayres. WhyHunger's programs are the Grassroots Action Network, National Hunger Clearinghouse, Global Movements, and Artists Against Hunger and Poverty.  According to the organization’s website, WhyHunger is a leader in building the movement to end hunger and poverty by connecting people to nutritious, affordable food and by supporting grassroots solutions that inspire self-reliance and community empowerment. 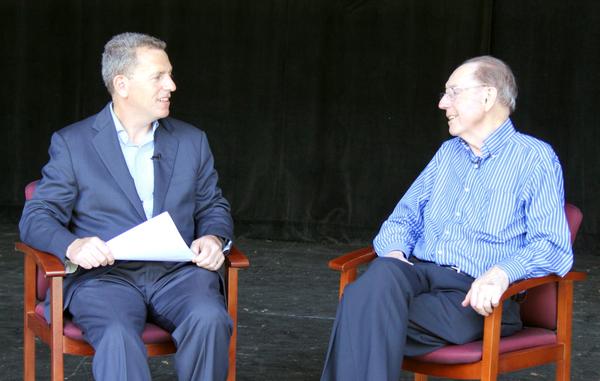 The interview highlights the Town of Huntington’s upcoming Chapin Family Concert – being held at Heckscher Park on Saturday, June 27th at 8:30pm. The Chapin Family Concert is also in celebration of two big milestones: this year marks the 50th Anniversary of the Huntington Art Council’s Summertime Concert Series and the 40th Anniversary of Why Hunger.

We invite everyone to come to the Chapin Rainbow Stage on June 27th and please donate non-perishable food items and loose change that will aide in the fight against hunger. We hope to see you there!

To view the interview, go to http://ow.ly/OEBY2